They were betting on Cyberpunk 2077 defeat. They made millions

In eight years of preparation, the premiere of Cyberpunk 2077, which was not as successful as expected, cost the shareholders of CD Projekt a lot of money. The closing price of the company’s shares reached PLN 269 on Wednesday. This means that it has fallen by more than 42% since its historic peak at the beginning of December. (At the end of the sale, the discount level was almost 49%). 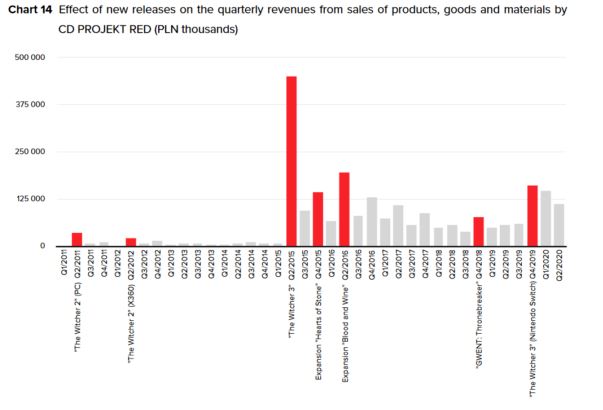 How did you benefit from the failure of the CD project course?

In just 3 weeks, the market value of the game developer fell by almost PLN 20 billion. However, it appears that there were also investors who, thanks to the failure of the image of Cyberpunk 2077 … made significant profits. One of the hedge funds, recently lost due to a discount on the shares of CD Projekt, earned some 70 million zlotys on its own.

Since then, the size of this investment by the company, which manages up to $7 billion in total assets, has changed significantly. Melvin has extended it until 10 and 11 October. In December, shortly after the premiere of Cyberpunk 2077, he cut it into pieces. However, it is possible that the company’s management decided shortly afterwards that gambling problems would have more serious consequences for the company.

Short selling – what is it?

Melvin pushed between the 14th and 22nd. December is again characterised by low turnover. In theory, this could indicate that the shares of CD Projekt are still overvalued even after the sale, according to the company’s experts. Not until Tuesday the 22nd. In December the company’s management briefly sold the company’s shares for a total of PLN 37 million.

However, before you proceed to the following details, it is useful to understand what Melvin’s short selling method means. To complete such a transaction, an investor, usually a hedge fund such as Melvin, must first borrow these shares from another investor (such as a large investment company, for which the company receives a fee). He then sells it, hoping to buy it back later at a lower price and return it to the company from which he borrowed it.

In case of success, the investor’s profit is the difference between the selling price and the purchase price of the shares. Short selling is generally part of a broader strategy used by the fund to manage investment risk. These positions can offset long positions, i.e. positions where the trader traditionally benefits from rising share prices.

What are the strategies of hedge funds?

According to Wednesday’s closing price, the total value of Melvin’s short positions on CD Projekt exceeds PLN 270 million. According to Bartosz Pawlowski, the investment director of MBank, who has also managed hedge funds in his career, this is not an ideal position for this type of investor.

Melvin officials have not responded to our request for comments on the agreements. Bartosz Pawlowski admits that their tone is not favourable from the point of view of the shareholders of CD Projekt. However, he believes that it is best to approach them cautiously, because it is difficult to say what strategy is behind it. This would require an analysis of the entire fund portfolio.

Management may have noticed the overvaluation of the shares of CD Projekt compared to other companies in the sector and is trying to reduce the valuation difference. Maybe they bet on the worse performance of the CD Projekt title compared to the Polish WIG20 or European indices. It is also possible that the fund’s algorithms have picked up a signal that often indicates poor gambling results.

How much did Melvin earn with the CD Projekt discount?

According to our calculations, Melvin’s profit on these transactions amounts to about PLN 70 million. This corresponds to the list price of a Porsche 911 Carrera 133. If American hedge fund investors are not fans of the car industry, they could buy two luxury apartments for their profits, for example a 600-metre apartment on Złota 44.

At least three other large hedge funds tried to benefit from the collapse of CD Projekt’s share price (there could have been more, but in the EU short positions are only needed if they exceed 0.5% of the company’s capital).

These short sellers, as they are known to investors who bet on cheap shares, were the American investment companies Eminence Capital and Light Street Capital Management. Both have probably only taken positions in the last few days, which means that the short selling price in their case was close to what is now on the market.

Not all short sellers make money

Marshall Weiss, a London-based company, also does not have enough shares in CD Projekt. However, our calculations, which are very approximate due to the randomness of the data, show that the British have lost tens of millions of zlotys in short positions on Project CD shares.

Marshall Weiss doesn’t comment on his individual positions. The company manages up to $50 billion in assets, including $35 billion in assets under management. Hedge funds that invest in both rising and falling share prices of companies are suitable. Managers use fundamental strategies and strategies based on signals generated by financial models. They regard short selling as part of their portfolio management policy. In particular, it helps with risk management and market recognition.

What is the continuation of the CD Projekt course?

According to Bartosz Pawlowski of mBank, Melvin’s managers’ actions should not have been motivated by expectations of poor sales results from Cyberpunk 2077. Such a scenario would probably help the fund to make money from this item, but it is unlikely to be an important motivating factor.

After Tuesday’s meeting, the total value of the four funds calculated for the sale of the shares of CD Projekt was nearly PLN 900 million. However, according to Bartosz Pawlowski, short selling of shares, even by such powerful players, should not herald a further decline in the company’s shares.

On the one hand, the valuation of CD Projekt may indeed be perceived as inflated, which may be a source of monetary vulnerability in a situation where the perception of the company by analysts is deteriorating (in a recent Bank of America study the share was valued at only PLN 100 per share). Hedge funds, on the other hand, can be just as wrong as any other investor.

The pressure for a higher valuation of the shares of CD Projekt stems from the fact that there are fewer such companies on the Polish market than, for example, in the US. The high valuation may be considered somewhat justified, but the funds may have felt that factors such as the downgrading by analysts could have prompted valuation adjustments. On the other hand, it is important to remember that it is extremely difficult to make money with a discount on shares. In the long term, profits are usually made by investing to increase the value of these types of assets, and short selling also involves additional costs.

Bartosz Pawlowski sums it up.