How to Add a Tram to Your Submarine

This tutorial describes the steps needed to create a fully functional tram line at Barotraum. If you are one of those who would like to add a tramline to your submarine, this guide is for you. 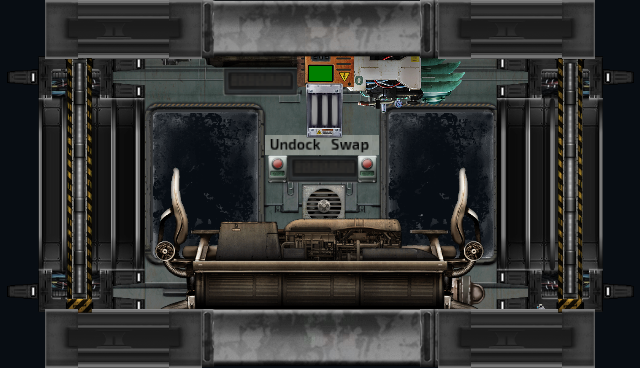 You need the shuttle engine for a horizontal movement. I put mine at 100 hp and it uses very little power. Make sure that the propeller has shifted so that it is not in the tram or submarine. Set the reverse speed to 0, so you never have to repair it.

There must be room for ballast for vertical movement. Personally, I didn’t.

For a diagonal movement you probably only need one or possibly both.

You’ll probably have to add a small piece to the tram that’s in some sort of void in your main base, so it slides like a monorail and doesn’t run the risk of falling down. I didn’t think it was necessary, but I had to add a lot of guides. Don’t forget that trams can get stuck on the smallest bumps in the track.

Use the Shuttle’s battery as a power source and let the Shuttle draw power from the docking ports as it is docked 99% of the time and only needs enough juice to keep the Shuttle moving and the occupants alive until it reaches the other side. You must ensure that the ports are connected to your main subwoofer to provide power.

Of course, you need an oxygen generator and a deaerator, and make sure you reduce energy consumption, because the base is very energy-intensive. Bilge pumps are optional but recommended.

To change direction, you need some kind of switch. I used two relay components, one off and one on. The button switches between the two so that one is off and the other is on, but also the other way around.

The exits must go to your engine or ballast, and there will always be two, and they will always be the same: -100 and 100. For the shuttle motor -100 means backwards and 100 forward. For the pump -100 = dewatering (top) and 100 = flooding (bottom). By switching from one to the other, you change the direction of your tram.

Optionally you can add a third button to block all entrances, so that your tram stops pushing your main ship while it is at the dock, which is no problem if the tram movement is weak.

It’s better to have a smaller tram than the tunnel he’s in. That’s not so bad, is it?

A mooring system is also required to ensure that the tram is properly moored at each destination and does not flood and the occupants do not die. I created an automatic mooring system that uses the output of the port proximity sensor and feeds it into a fixed state on the same dock so that it can moor at will.

Because it also forces the dock when you try to unlock it, I’ve also added the possibility to turn it off for 3 seconds with an enter key + a timer component that switches it on and then on again. By the time 3 seconds had passed, he should already have crossed.

The result is that the tram moves and docks without problems when used correctly. Thanks to the ease of the input and the level of control on the course, there should be no problem to play if you set it correctly.