Aground – A Colossus Survival RPG Hiding Behind 2D Gameplay 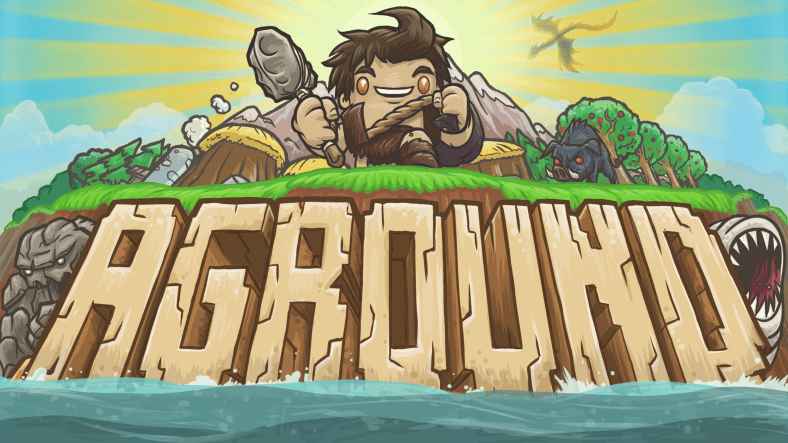 Aground is a fun 2D survival RPG from Fancy Fish Games and Whitethorn Games that was originally released on PC for Steam in 2018, but the title has now arrived on consoles and in the Epic Games Store. Combining elements of open-world survival and character development, Aground is a mix of survival and RPG with hours of playful exploration. Here’s our review of Aground on PS4, in which we tame a dragon and build a spaceship to explore space, because it’s all too common to survive on an island.

The story of Aground begins with you landing on an island where you begin building structures to survive and meet other survivors on the island. Each survivor has a unique skill, and those help you. For example, a miner will help you mine, a hunter will help you hunt, and so on. As you continue to develop your small settlement, you will also meet new survivors who will teach you new skills, and new buildings will be released that you can build yourself. Each building serves its own purpose, and some buildings that require fire, such as a foundry or a kitchen, also require fuel to function. Once you have built a structure, the NPCs who have unlocked that structure will continue to contribute to your supply. 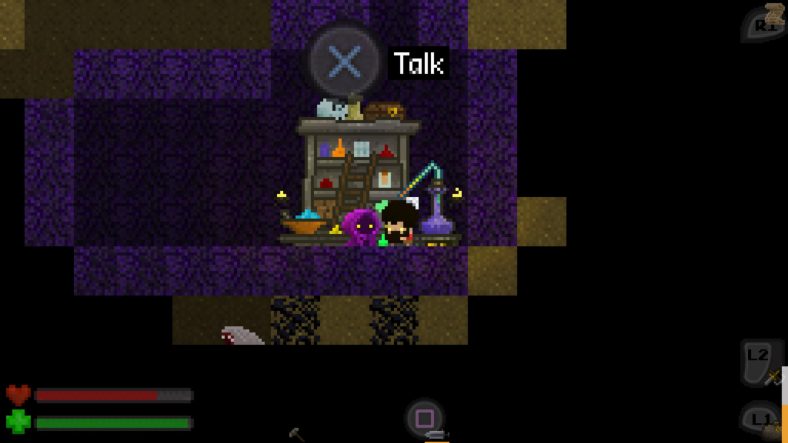 For example, the miner keeps adding various metals and other resources he finds in underground mines, the old man who helps us build a warehouse to store our resources keeps exploring and adding wood and other random resources he finds on the ground. As you progress through the missions and develop new tools and resources for yourself, you gain access to new areas that were previously off limits to you. With new and improved tools, you can dig into your starting camp and cut through tighter blockades to advance in history. The story is told by the various NPCs you meet in the game, and they then give you various assignments that you can complete to advance in the game’s main story.

Each structure you build in your warehouse presents new challenges. Buildings like farms allow you to raise different animals for their meat and different fruits and vegetables for fresh, organic produce. Buildings like foundries and kitchens allow you to convert raw materials into finer products, such as iron ore into iron bars and meat into cooked meat, or combine them with other ingredients to create tasty recipes like burgers and pies. As the main story unfolds, you discover and build increasingly complex and advanced structures, revealing new technologies and tools you can use to survive. After a few hours, survival takes a back seat and your camp becomes a fully self-contained city, where people help you with various tasks and your builds provide resources.

However, for most natural resources you will still have to explore your surroundings and collect resources the old-fashioned way with hand tools. Creating different weapons will also allow you to deal with enemies more effectively. As you explore the depths of the island, you will come face to face with some very powerful enemies, including giant bosses that are not so easy to fight in the game. You need very good weapons to get them out. As you progress through the game, you also get various magic potions from an untrustworthy NPC, who is released fairly early in the story.

In addition to developing your survival camp, you also work on your own development, using the mechanisms of role-playing. Each time you level up in the game, you earn ability points, which you then invest in improving your attributes. You can increase your health, stamina, defense, attack and many other attributes to develop your character to your own play style. Based on these attributes, your character will develop skills and get better at the game as you put in skill points. Some skills are worth more points than others, but ultimately you decide how you want to build your character. Character development goes hand in hand with your camp and is just as important for survival in the Aground. 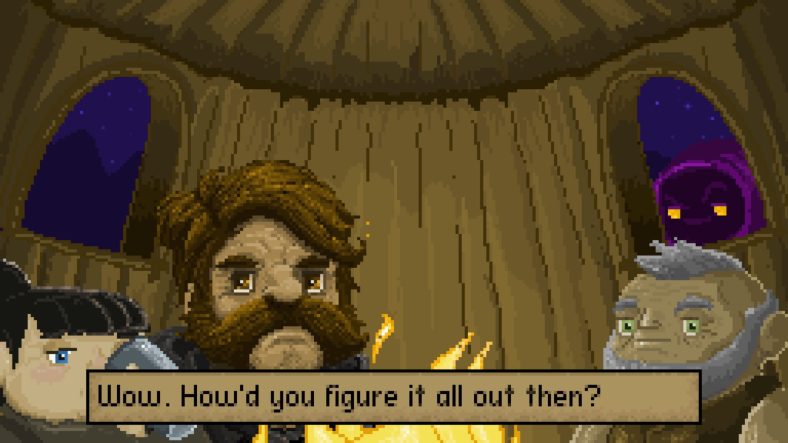 With its many NPCs and wildlife, the island feels alive and vibrant. Each evening, you’ll gather with a select number of survivors at the camp and share your stories around a cozy campfire. During the day, the survivors you meet perform their duties and help you with various tasks. The ships come from other islands and you never really feel alone on the island. In addition to friendships, various creatures roam the island and you will have to fight them during your journey. As the story unfolds, your means of transportation will also change. You start with your feet, then move on to planes, spaceships and even taming giant dragons to fly through the levels.

Aground is a survival role-playing game that really gives you the opportunity to progress in life as a person. It’s not just a typical survival game where you create structures and tools, and then keep growing by adding more and more structures. It allows you to go beyond the island you crashed on and discover new resources on many planets. You can fly planes and even tame dragons and make them fly in the game. There are literally no limits to what you can do in Aground, and that really sets it apart from traditional open-world survival RPGs. The 2D graphics and retro soundtrack also add to the overall atmosphere of the game. I’m surprised I missed Aground when it launched in 2018. I currently have over 20 hours invested in the game, and I plan to invest many more in the coming days.

Aground is a brilliant survival game that goes beyond simple survival mechanics. For a simple 2D title, the combat mechanics and story keep you glued to the screen, and almost all aspects of the game are extremely easy to understand. It’s just amazing how this little 2D game concludes such an important game in its own way. From creating your first warehouse to storing the resources you’ve collected, from taming a dragon to building a spaceport and exploring space, I really enjoyed the game. If you’re looking for an open-world survival RPG that offers hours of fun, look no further than Aground on PS4. Don’t judge it by its 2D gameplay, retro visuals and soundtrack, because it hides a huge open world waiting for you to explore.